A highly experienced Earth’s Edge expedition leader leads each of our expeditions. This ensures we consistently deliver professional-run expeditions. They will be there to offer you expert advice throughout your trip. Our incredible guides allow us to deliver an unrivalled level of safety and service for each and every one of our clients. Read more about what sets us apart from other expedition companies here. 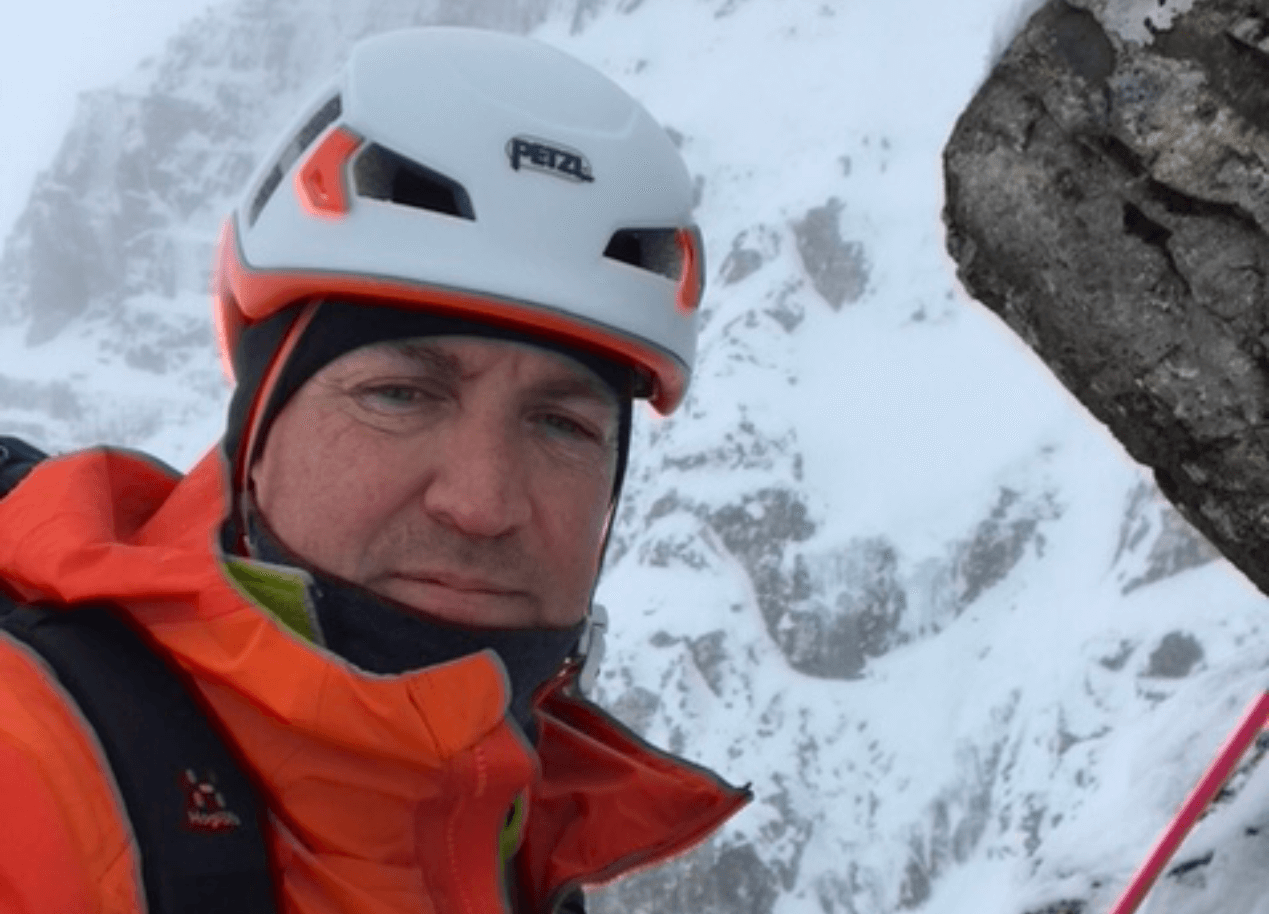 John is a qualified mountain leader with hiking and mountaineering experience built up over 20 years at home and abroad. His travels have brought him as far as Mt. Elbrus, Mt. Blanc and Mt. Kosciuszko.
John is a qualified advanced paramedic, combining his passion and his profession to deliver safe experiences in remote areas. He also delivers safety training and wilderness first aid skills via remotesafety.ie 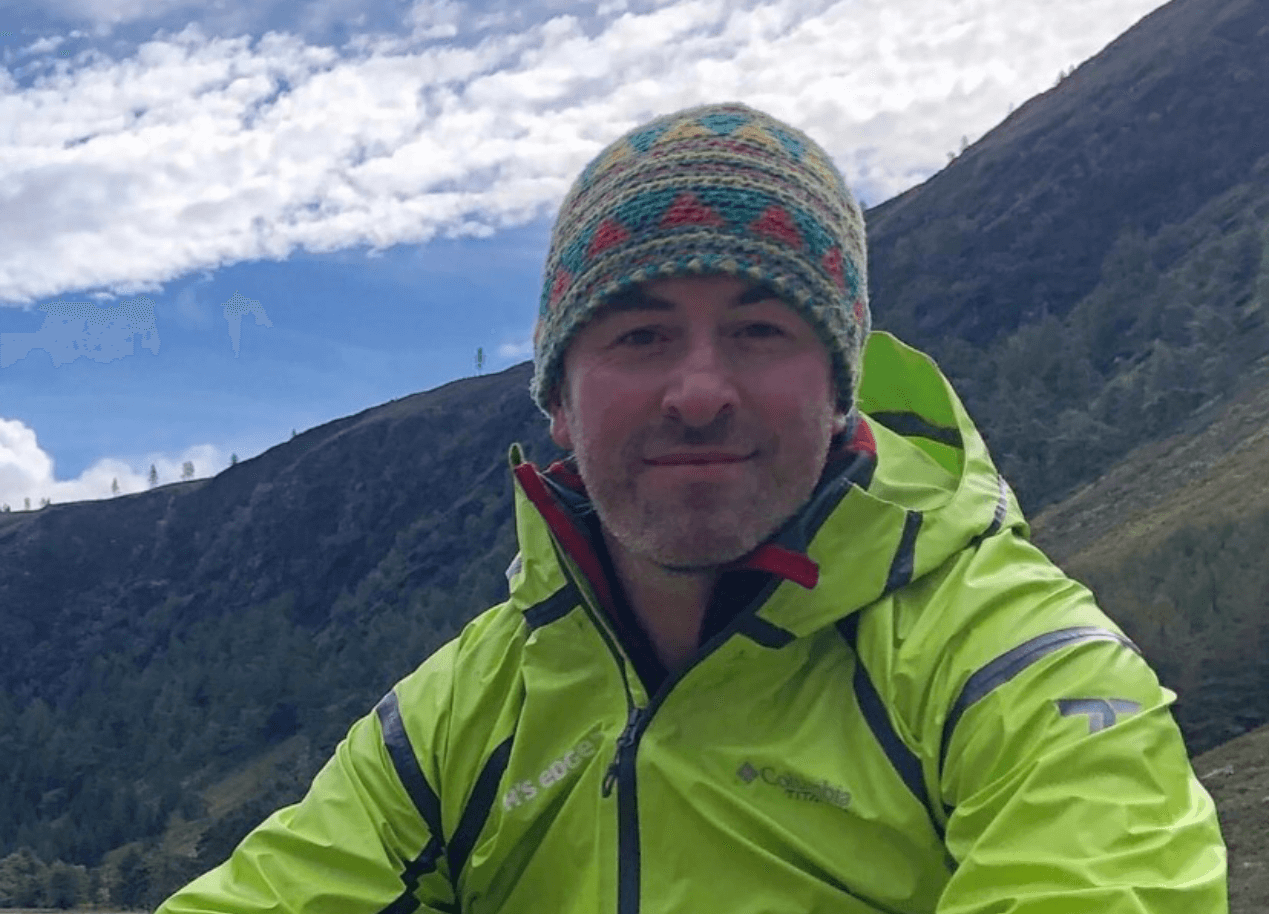 Terrance trains new instructors to become outdoor leaders in a variety of adventure sports including hill walking, rock climbing and kayaking. He has climbed Kilimanjaro a whopping five times with a 100% success rate and has travelled to India many times including having guided on Stok Kangri.

Terrance has cycled and explored every single island on Scotland’s West Coast by bike and is also an amateur ornithologist. 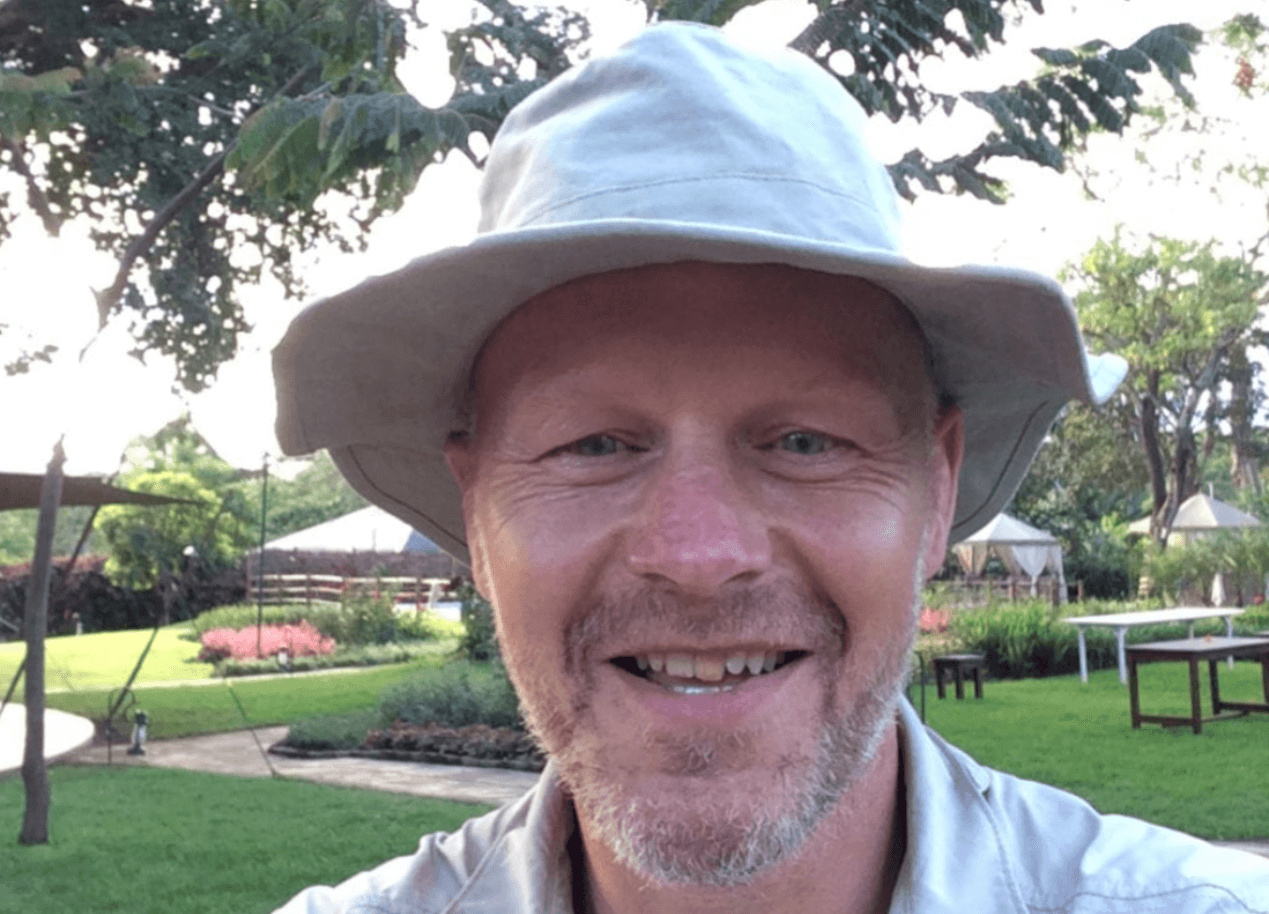 Jonny is originally from Derry and got his summer ML award in 1996. During a teaching career in the UK he brought a group of SEN pupils on expeditions to Dartmoor, Brecon Beacons and Snowdonia as well Everest base camp.

In 2015 he became an IML and since then has led youth expeditions to places like the Indian Himalayas and Zambia and now works with an International School trekking in Switzerland and Tanzania. 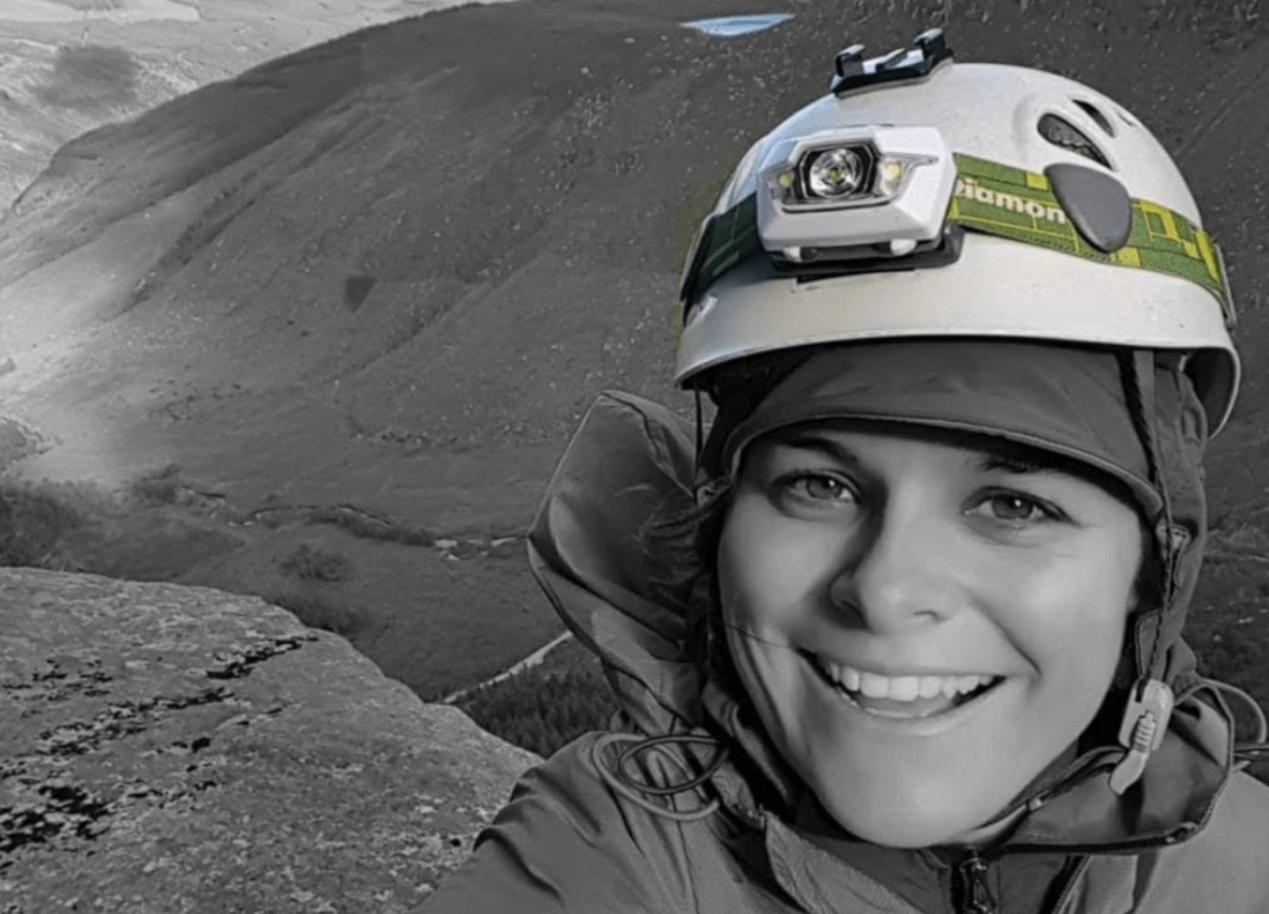 Josie was born and raised in Monaghan and has been working in the outdoor industry for over ten years. She now lives and operates out of Scotland where she balances freelance and contract work with obtaining more qualifications! Josie studied Business Sports Coaching and Development and through her studies found her love for the outdoors. Her passion for the outdoors has lead to many adventures across Europe, Africa, Asia and Australia! 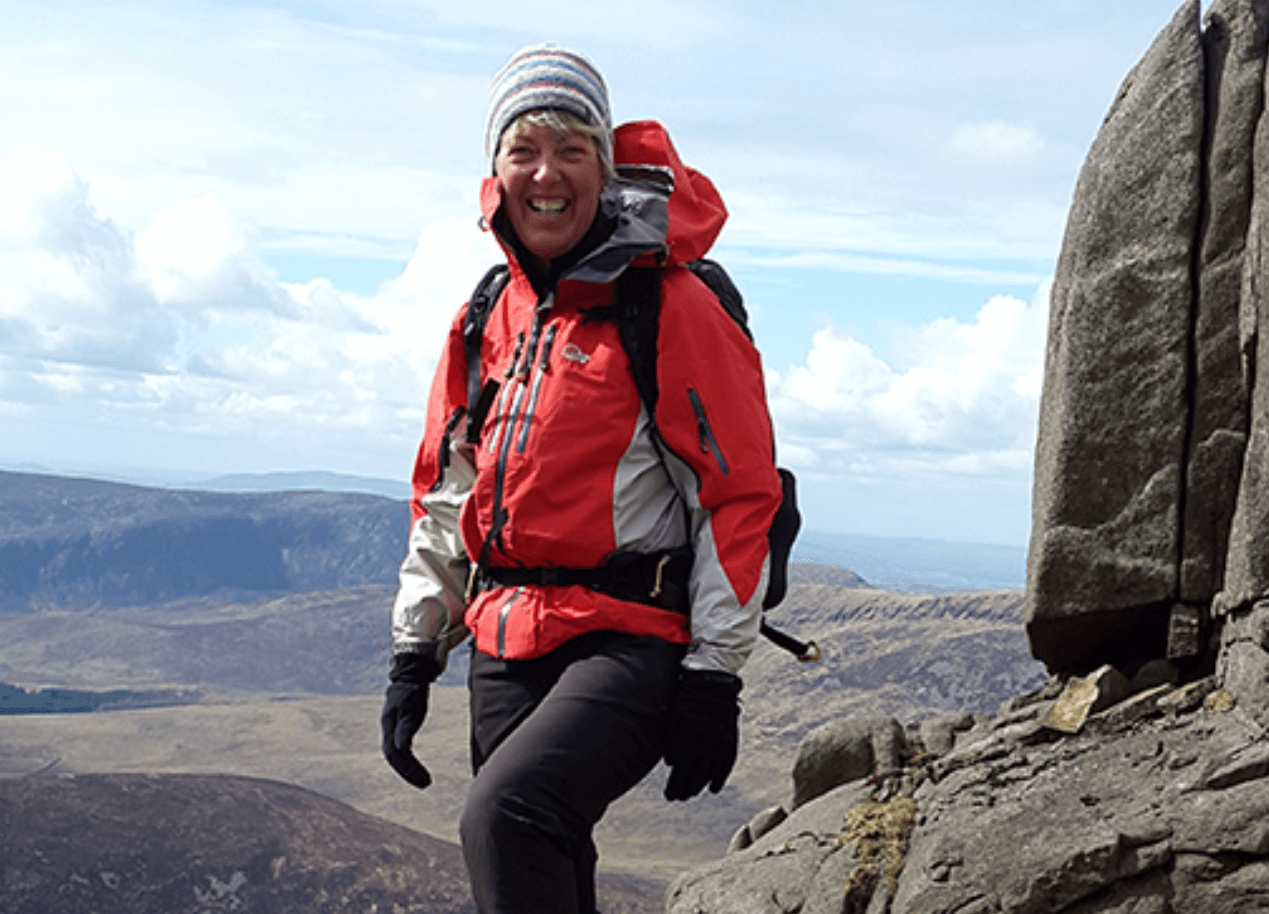 As a teenager, Fiona found her love for the outdoors in the Mourne Mountains. After completing a post-grad in Outdoor Education she worked in Scotland for 15 years before moving back to her beloved Mournes.

Fiona can usually be found in the Alps in winter teaching people to ski, in the Mournes working through her business Mountain Sojourns or trekking one of the great mountainous areas of the world with Earth’s Edge. 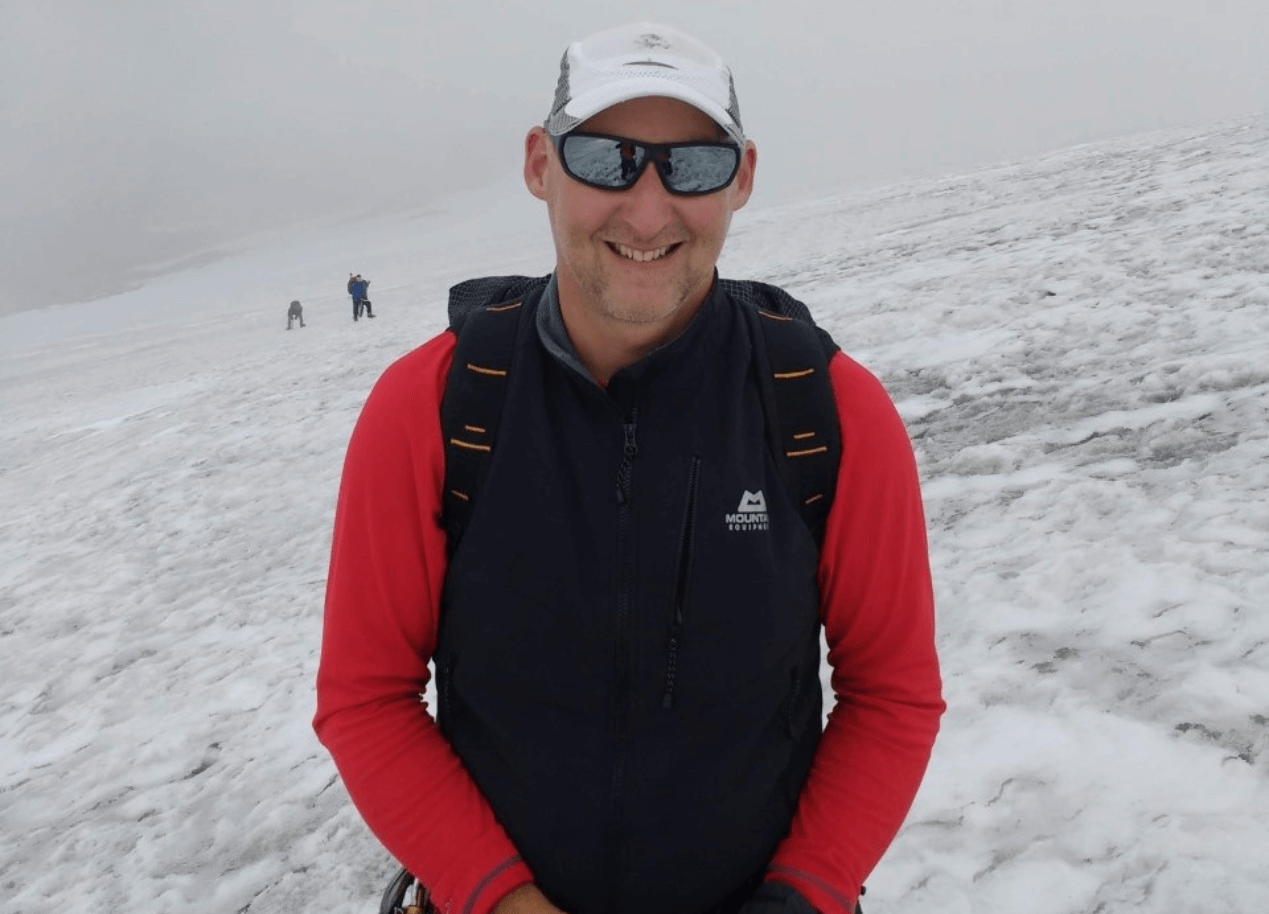 Sam has been involved in the outdoors for over 30 years – his first job was instructing in North Wales and then France back in 1991. In 2002 he returned to Uni as a mature student in Bangor North Wales and studied Sports Science and Outdoor Education. He now splits his year between Wales and the Picos de Europa mountains of Northern Spain. Some of the peaks he has summitted include Aconcagua, Kilimanjaro, Mera Peak and Island Peak! 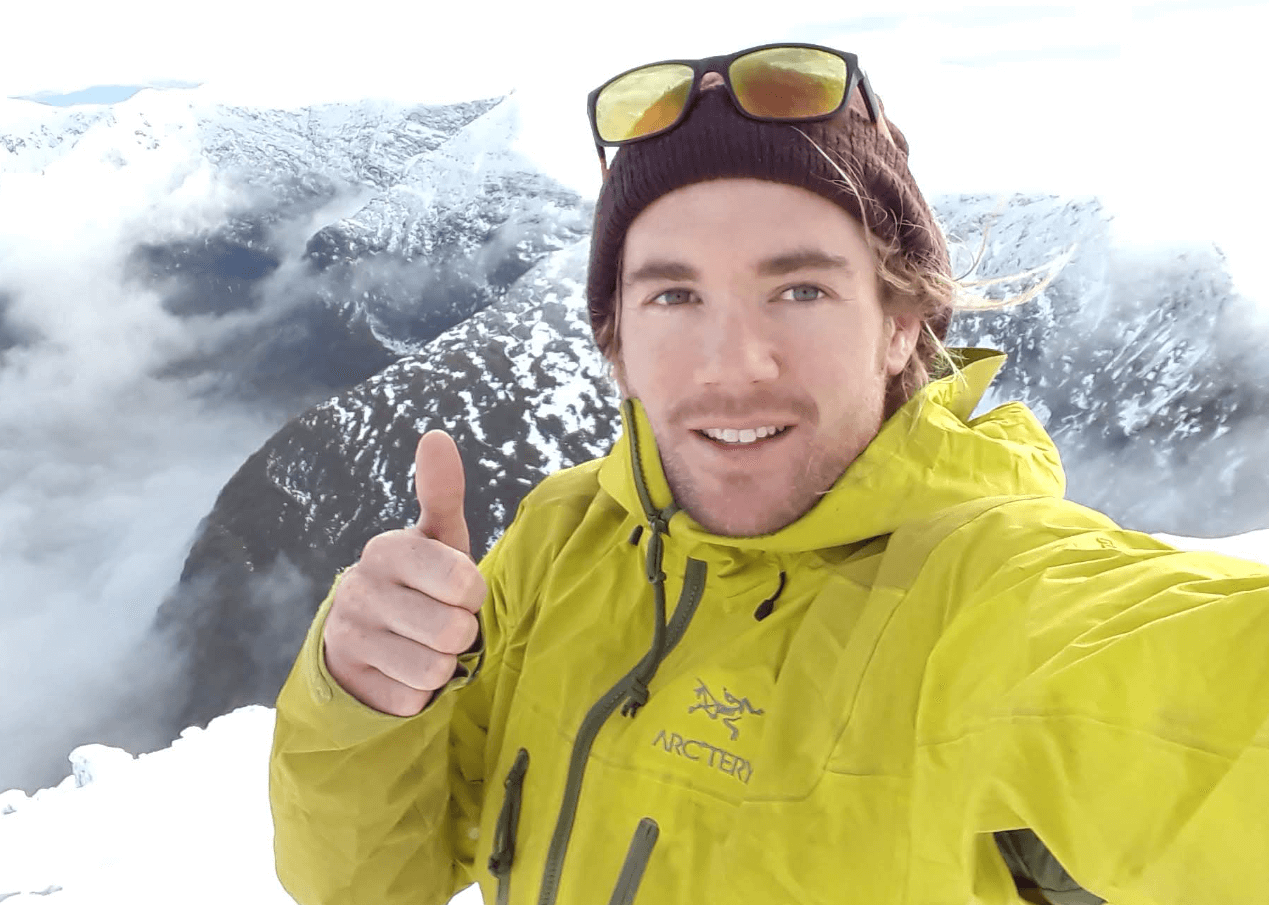 From Co. Wicklow ‘Jono’ is a passionate rock and mountain climber. He is a qualified IML and when not working for Earth’s Edge he can be found guiding groups on the tour du Mont blanc and Haute route during the summer. He also runs Mountain Odyssey when home in Ireland, a company for instructing and guiding rock climbing based in Wicklow. 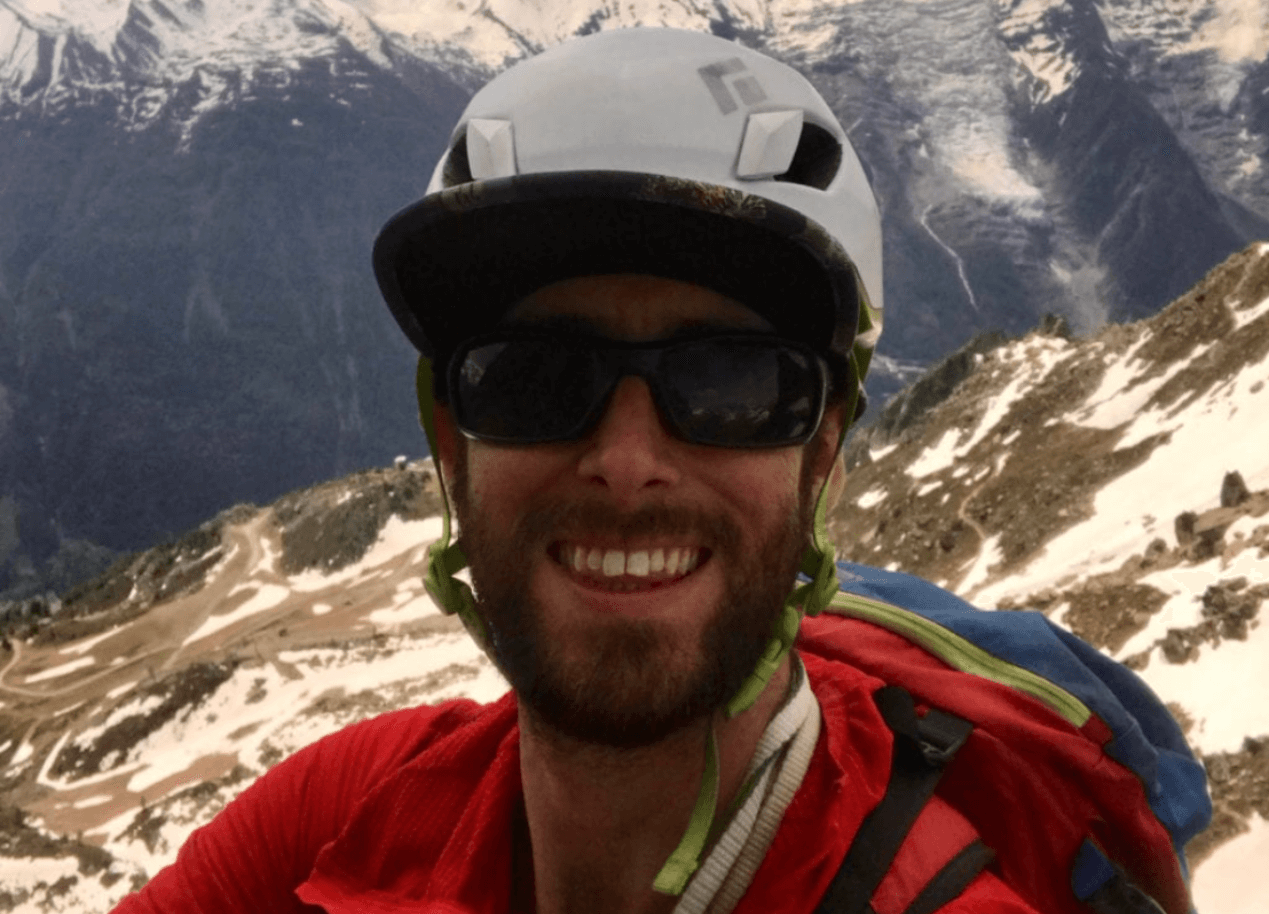 Mike is a qualified International Mountain Leader and has been working in the outdoors on three different continents for the last 14 years. He has lead people in a range of different activities and environments from multi-day hikes in the European Alps and Jungle in South East Asia to the high summits of Kilimanjaro and Mt Meru in Tanzania. Mike has also guided rafting and kayaking trips on the white waters of the Nile and sea kayaking off the coast of Malaysia. 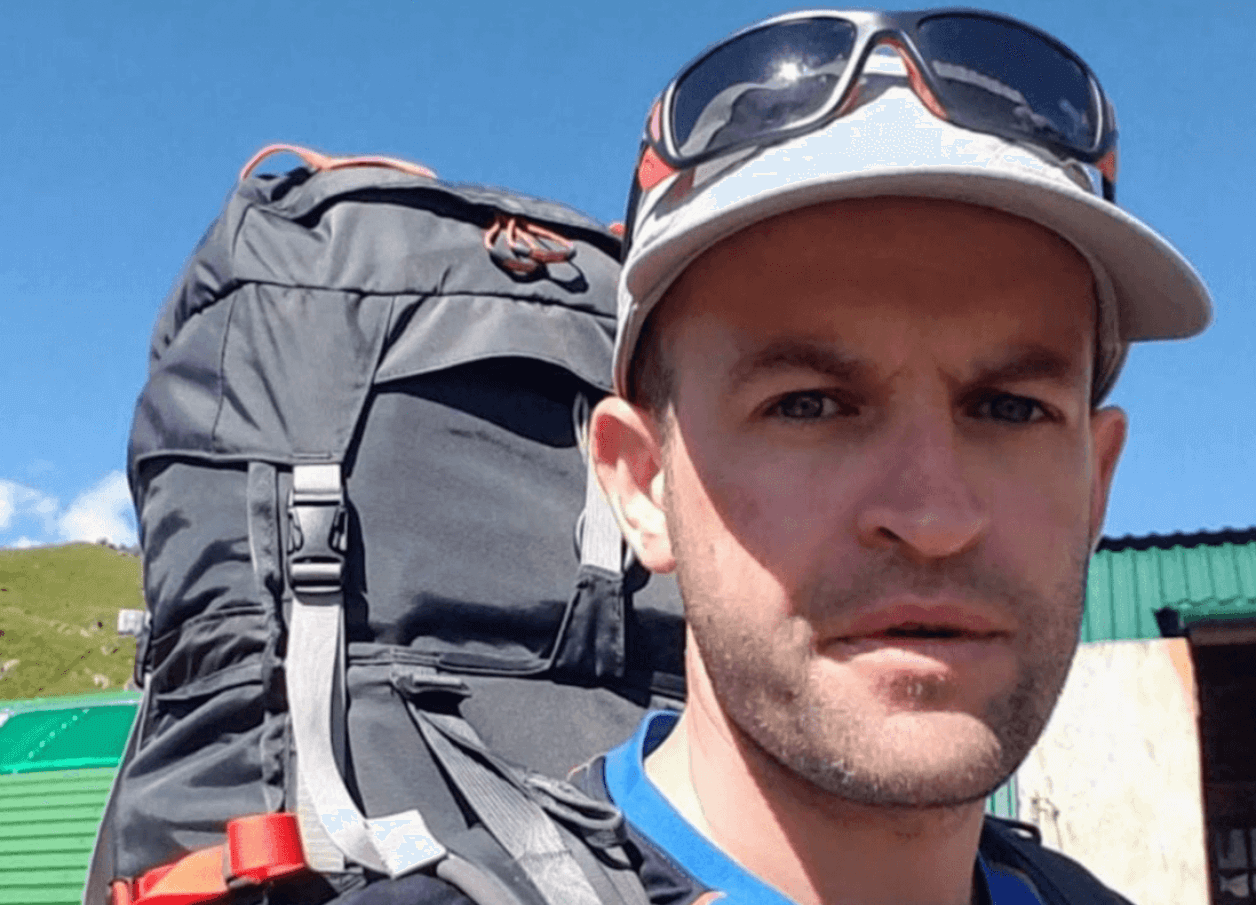 Mike has been adventuring ever since he bought his first tent with his Holy Communion money. Since then, he has spent three decades travelling the globe exploring rivers, mountains and oceans. He summited Mont Blanc at 18 and has gone on to row across the Atlantic and sea kayak solo around Ireland. He holds a BA in Outdoor Education and an MA in International Tourism, along with a range of outdoor qualifications! 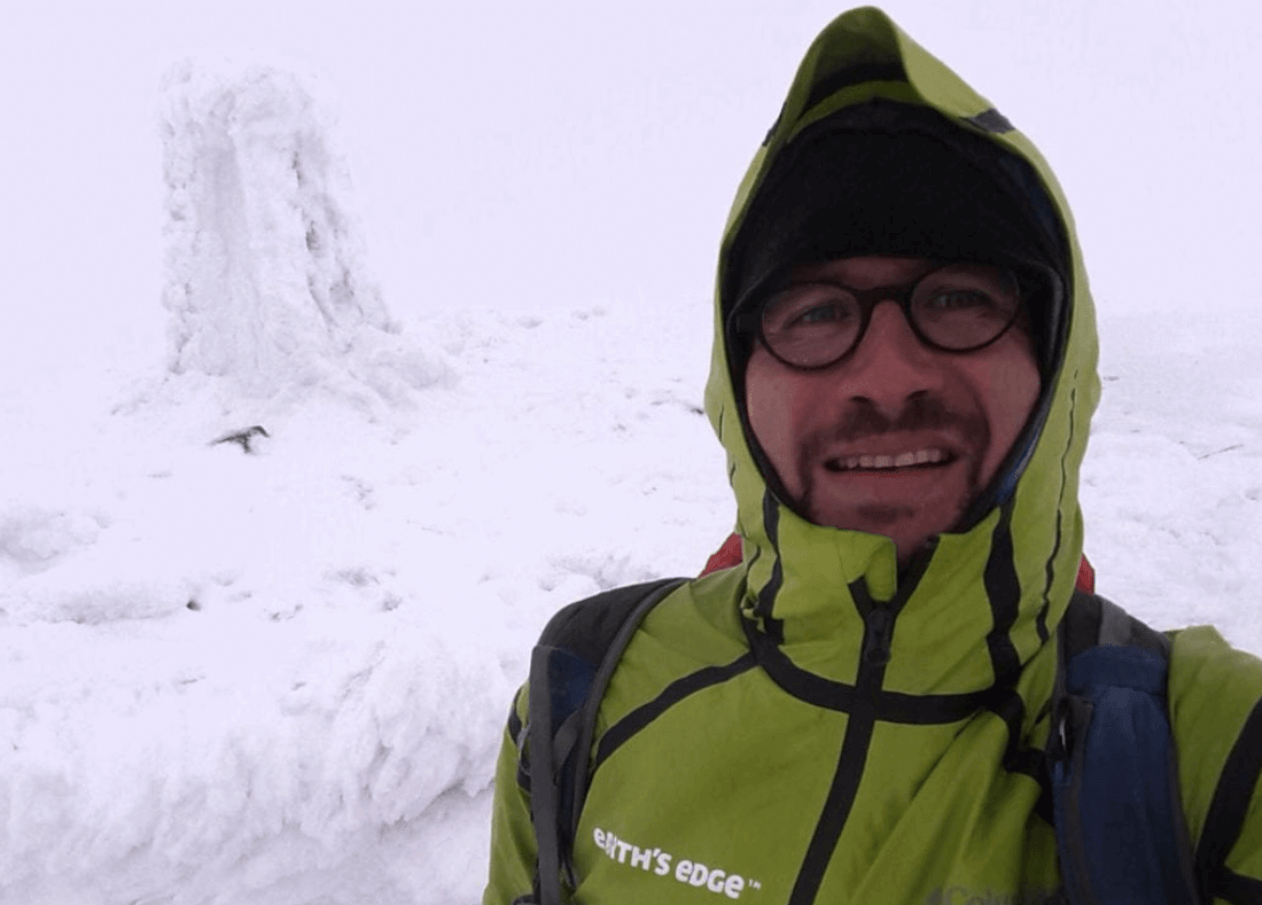 Gracjan grew up in one of the wildest parts of Poland which helped him to establish a deep connection with nature. In 2006, he decided to move to Ireland, the place he now calls home. He has travelled to over 60 countries around the world on his personal and professional expeditions. He holds a MSc in Geography and GIS along with the International Mountain Leader badge. Gracjan also runs guided-mountains.ie – offering mountain guiding services in Ireland and the UK. 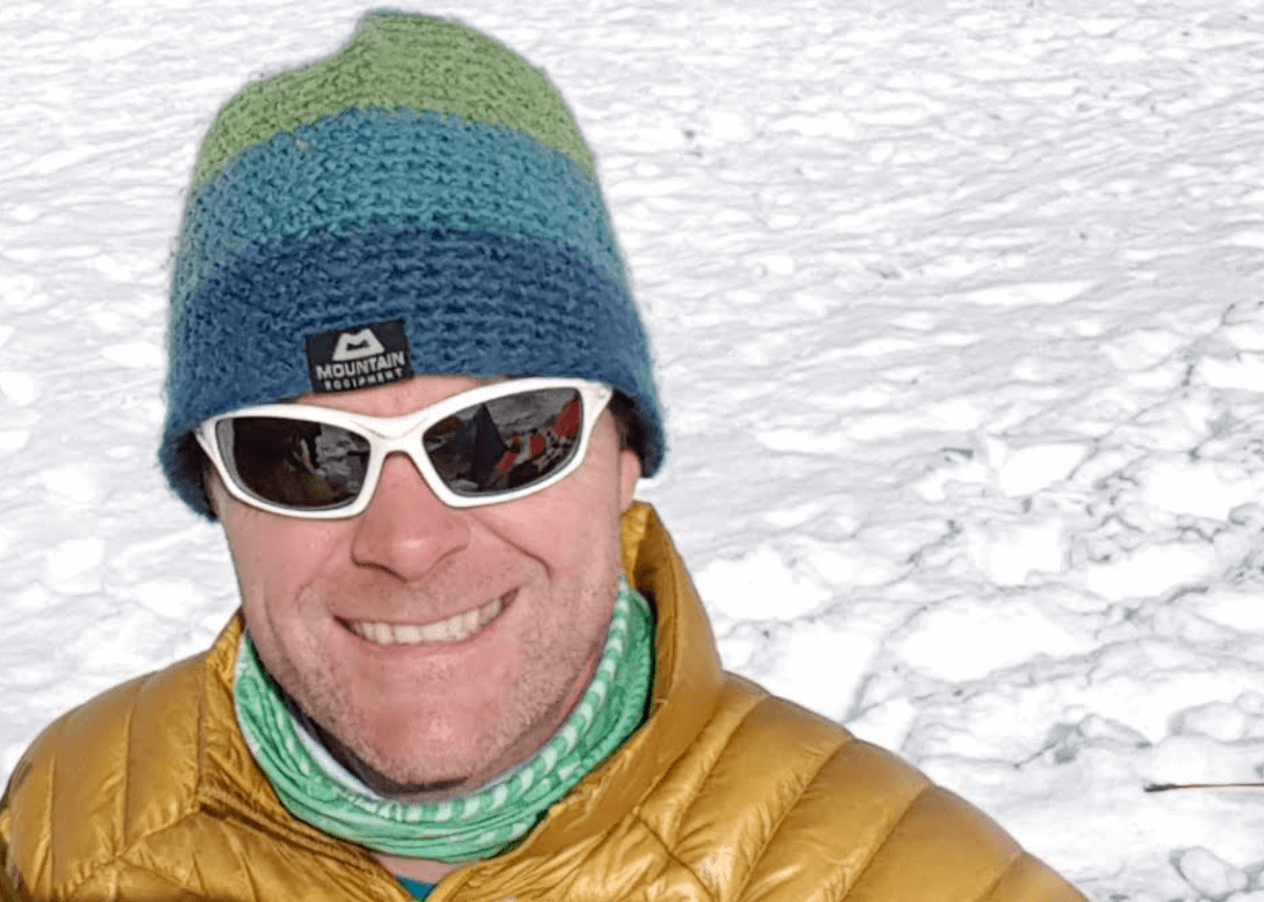 Aaron started working in the mountains more than 15 years ago and led his first expedition for Earth’s Edge in 2012. He is a qualified IML and also holds the Winter Mountain Leader award. Aaron was involved in Mountain Rescue for 10 years and served as Training Officer and Team Leader for the Glen of Imaal Mountain Rescue Team in Wicklow. 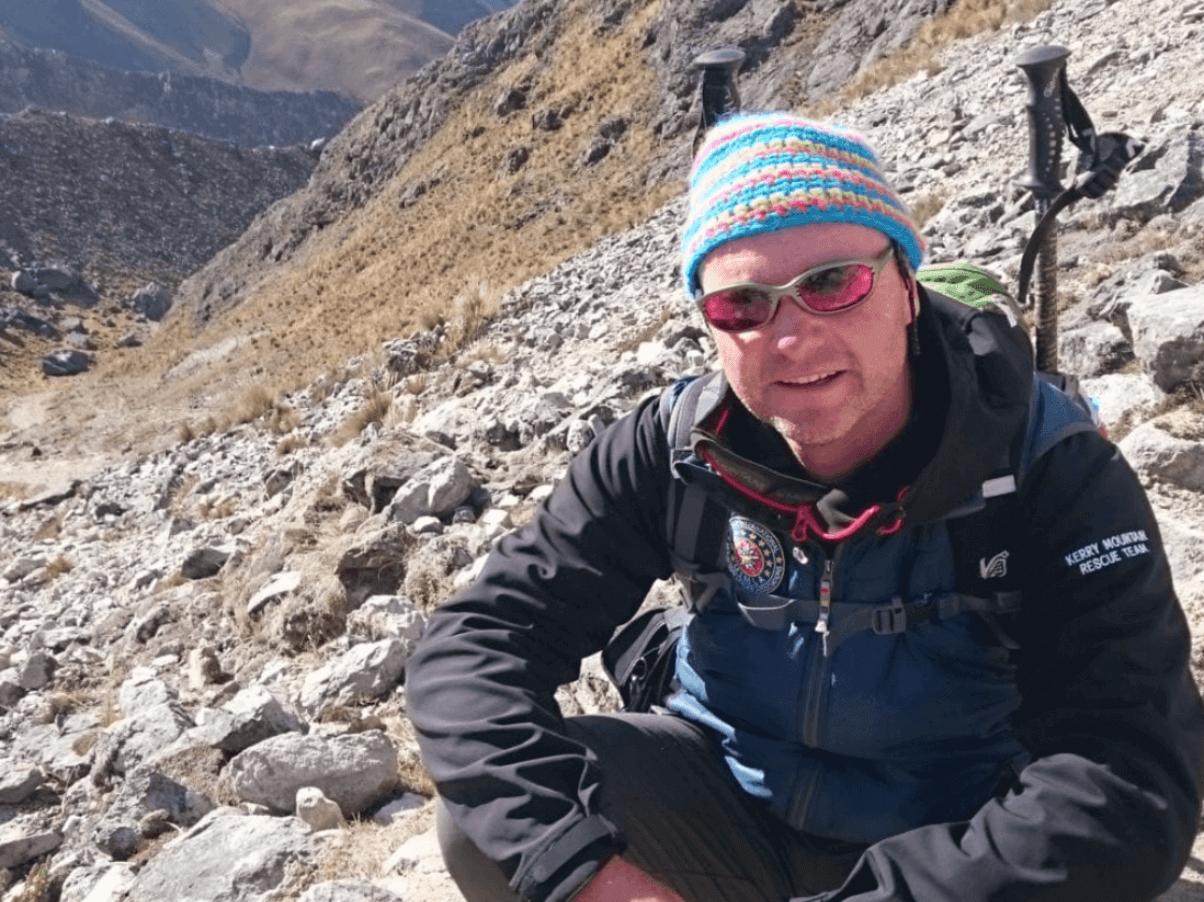 Lorcan has been working in the outdoors in Ireland for more than 25 years and is a qualified IML and holds a BA in Outdoor Learning. As well as that, he’s an accomplished canoe and kayak instructor and a climber. His travels have taken him to many parts of the world from the Arctic, Peru, Tanzania, Russia, Morocco and beyond.

When not working for Earth’s Edge will be found as part of the staff team at Cappanalea NCOET. 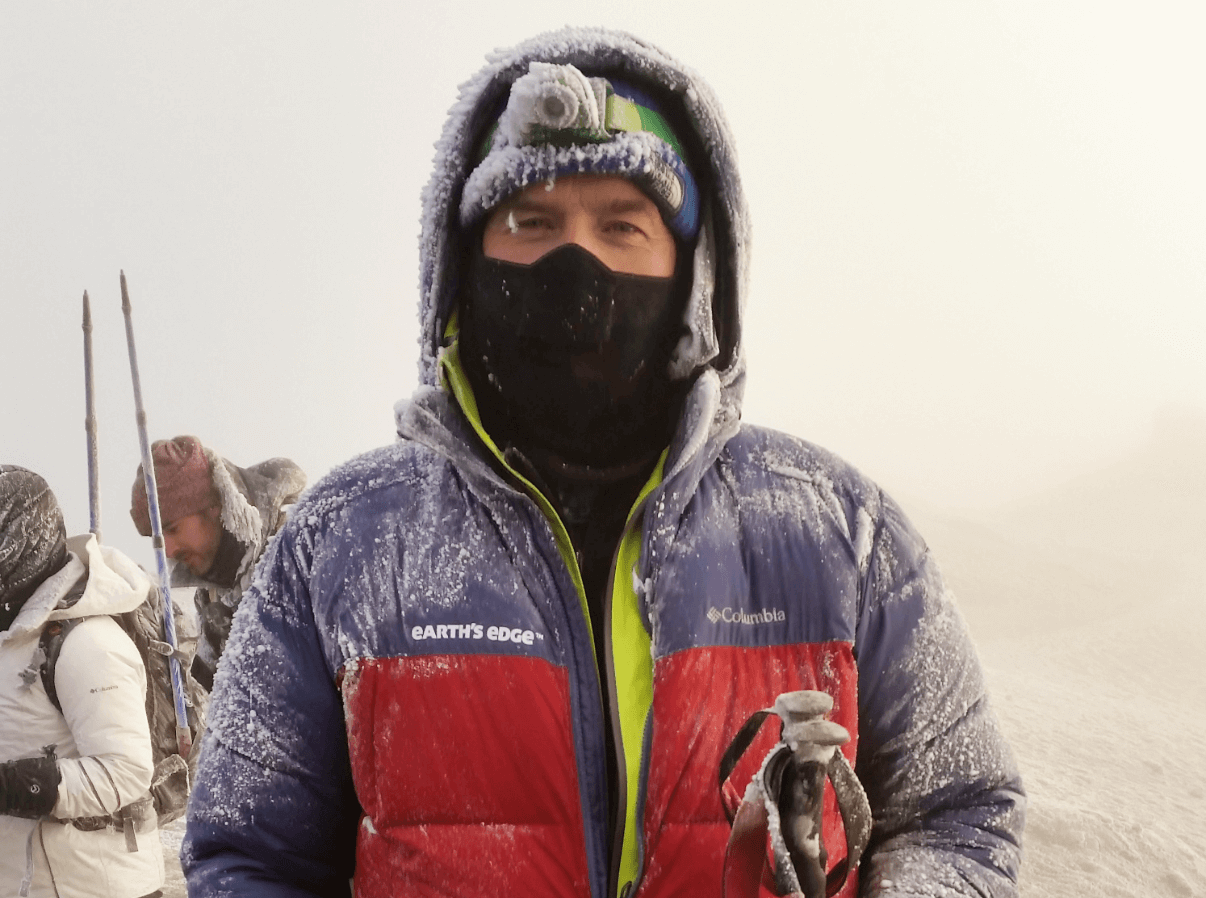 John has more than 25 years of climbing, trekking and mountaineering experience across the globe from Alaska to New Zealand, throughout Europe and many places in between. He is a qualified Mountaineering and Climbing Instructor (MCI), mountain biking guide, Climbing Coach and Sports Ireland Tutor. Here at home, John runs hillwalking, mountaineering and rock climbing courses for all levels throughout Ireland – John Healy Climbing 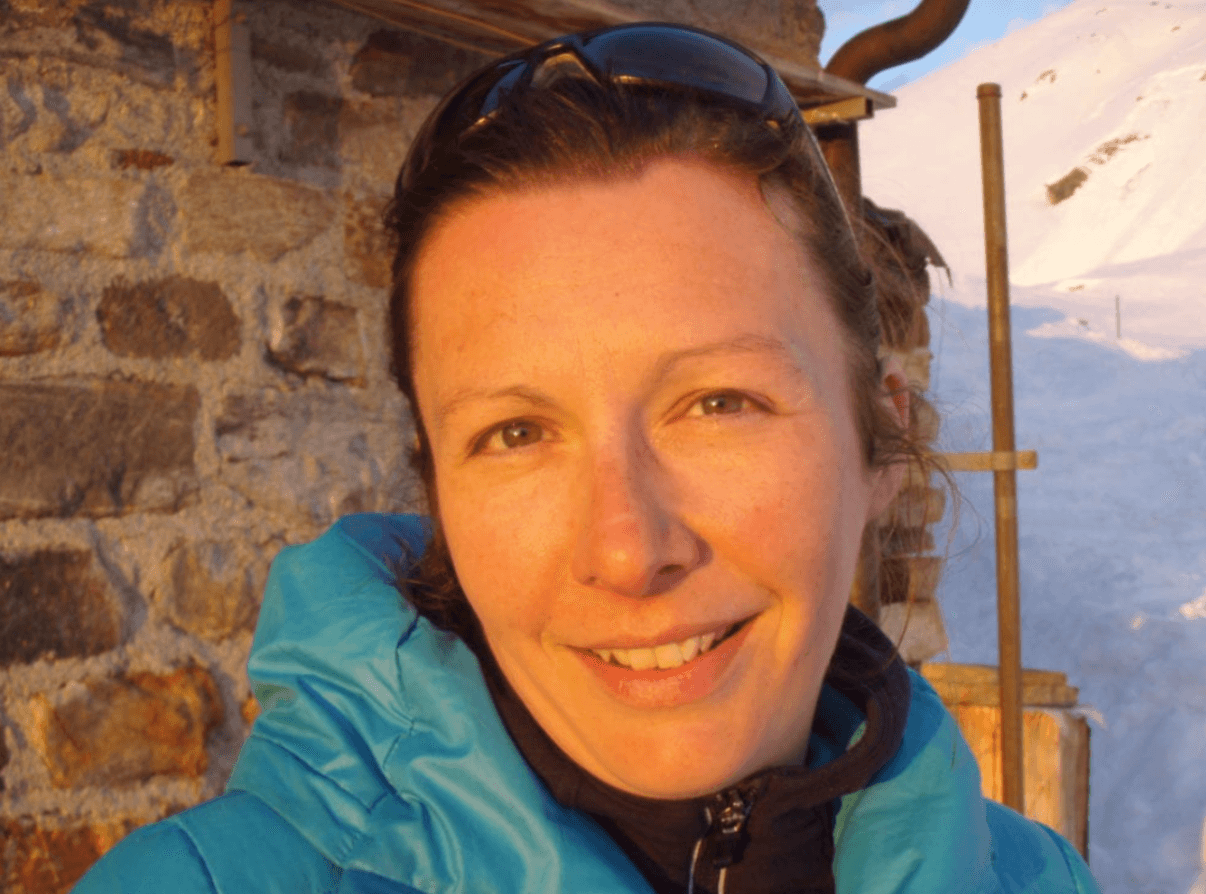 Mary has been working as an outdoor instructor for over 20 years.  She has travelled to Europe, Asia, South America, New Zealand, and the Himalayas, exploring her passion for adventure. Mary runs her Yoga company holisticlife – running Yoga & Meditation Workshops and Retreats. She believes every day is a learning day, whether you’re on the yoga mat, in the water or on the mountain. 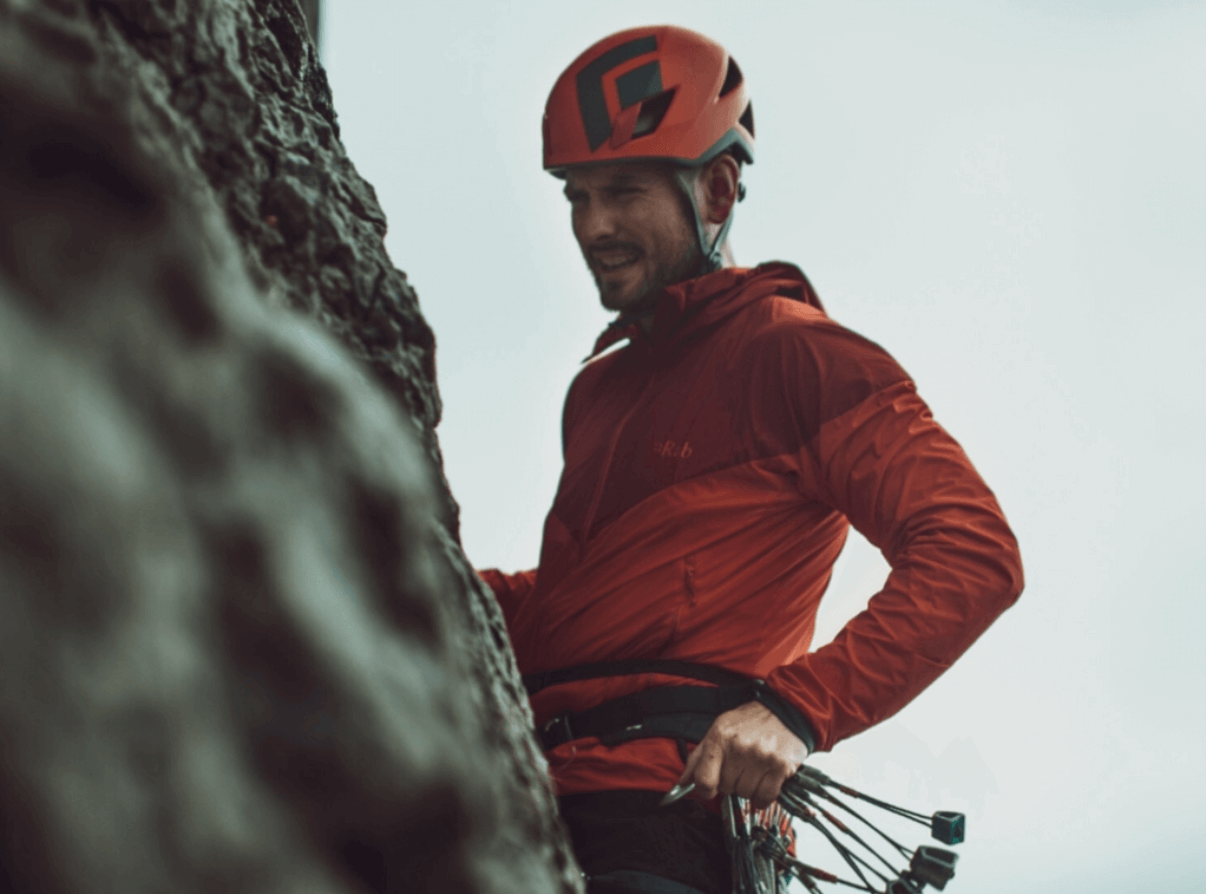 Brian is originally from Kildare, but it being landlocked and flat, he left the Midlands for the rockclimbing and surf of West Clare.

He is a qualified Mountaineering and Climbing Instructor and when not guiding for Earth’s Edge he can be found on the hills teaching navigation or rock climbing on the cliffs of The Burren, where he runs his own climbing company: Climb It. 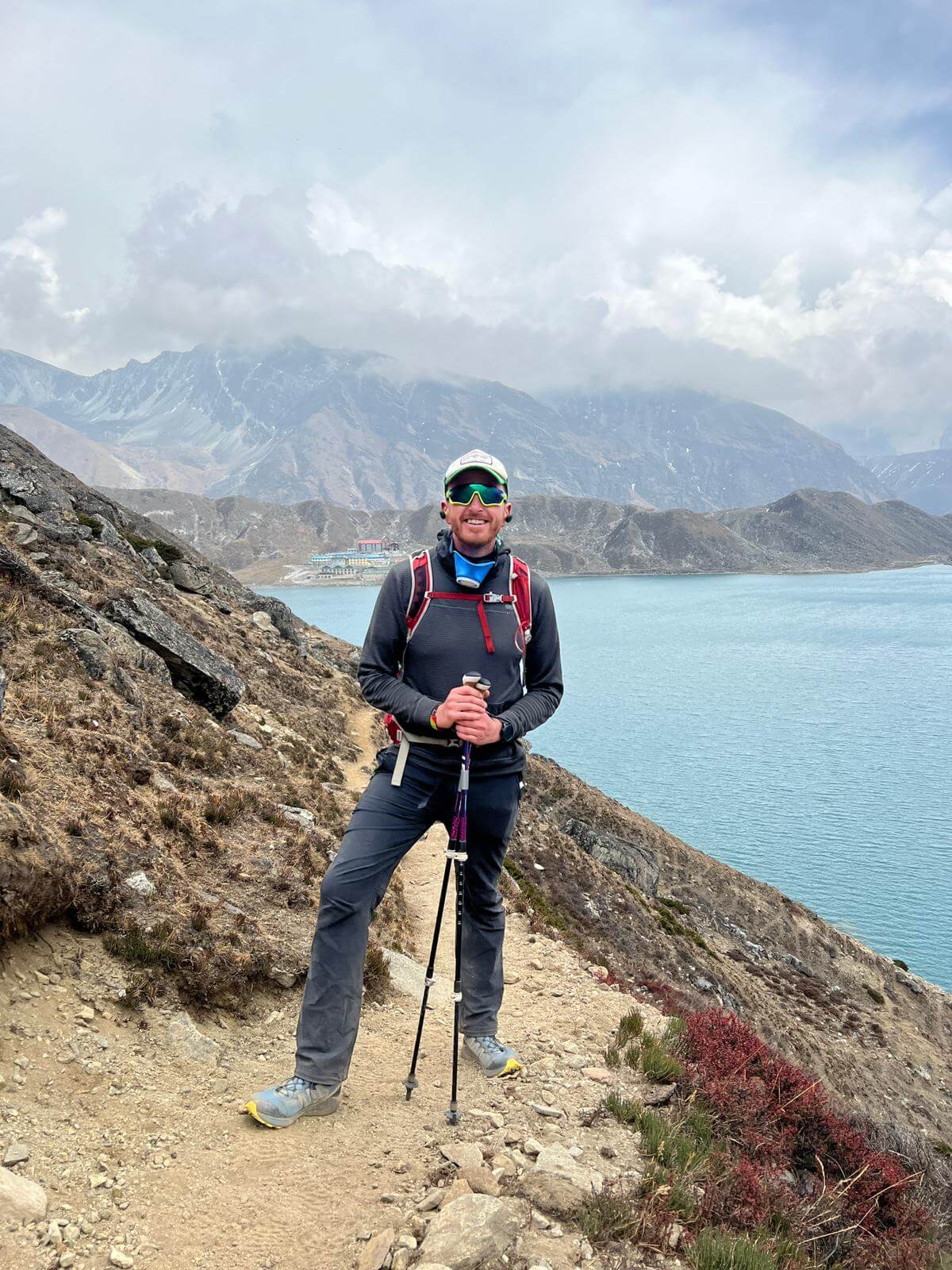 Jam grew up in Tipperary and from an early age fell in love with the outdoors. He got his first job as a guide in 1999 and set up Earth’s Edge in 2007. He splits his time between running the business and leading four to five expeditions per year. Each year he climbs a big mountain in the greater ranges with friends. He is passionate about the importance of going on adventures in a fun, safe and sustainable way. For more about Jam and his journey click here. 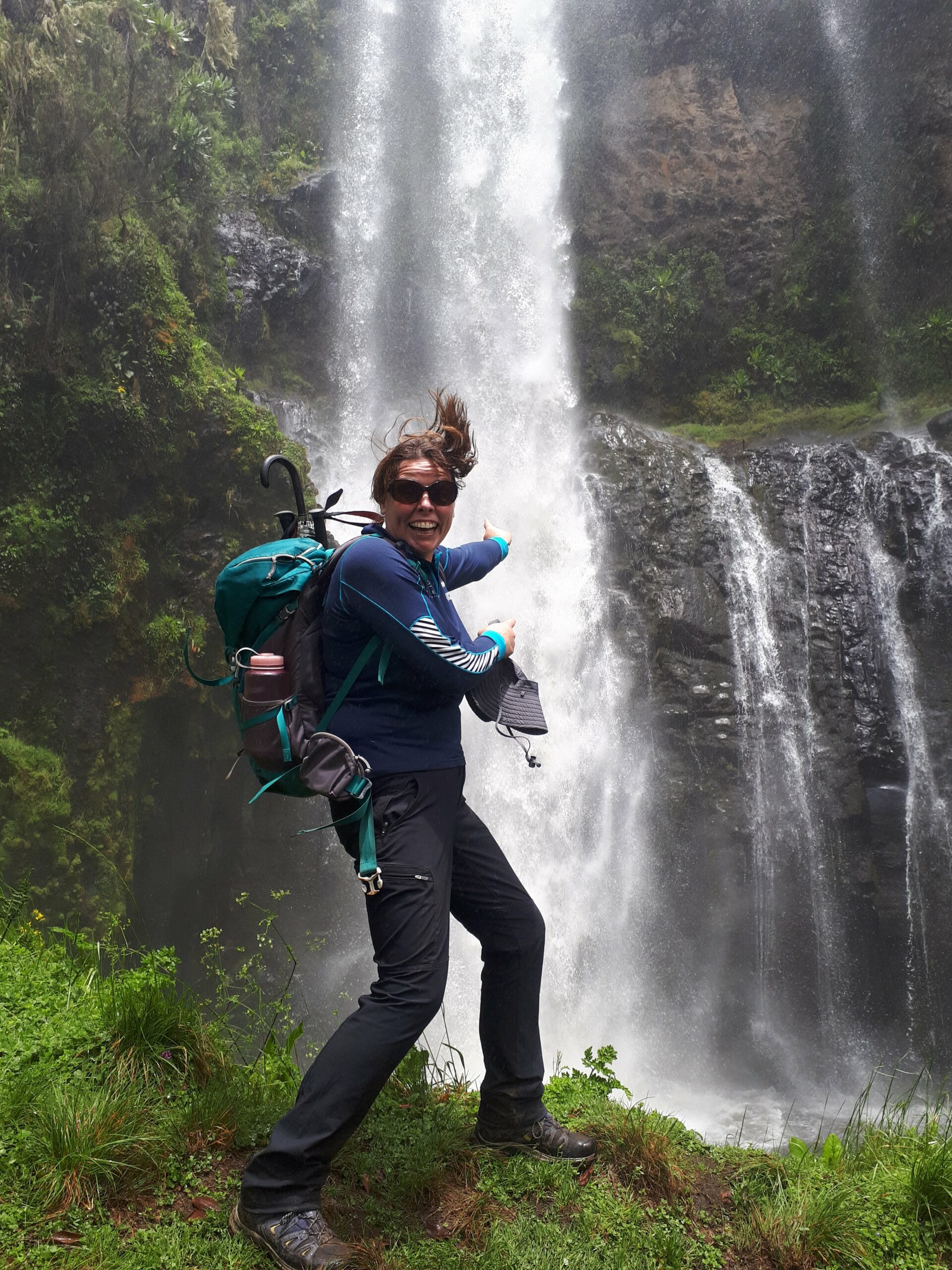 Lou has been working as an outdoor instructor for more than 20 years. Having spent her childhood kayaking and mountaineering she went on to explore the mountains of Nepal, Chile, New Zealand, South Korea and Europe. She has a BSc in Sports Science and Psychology and is a Mountain Leader, Orienteering Level 2 Coach, and PADI Dive Instructor. Lou also runs Branch Out, a company that is passionate about teaching the school curriculum outdoors.