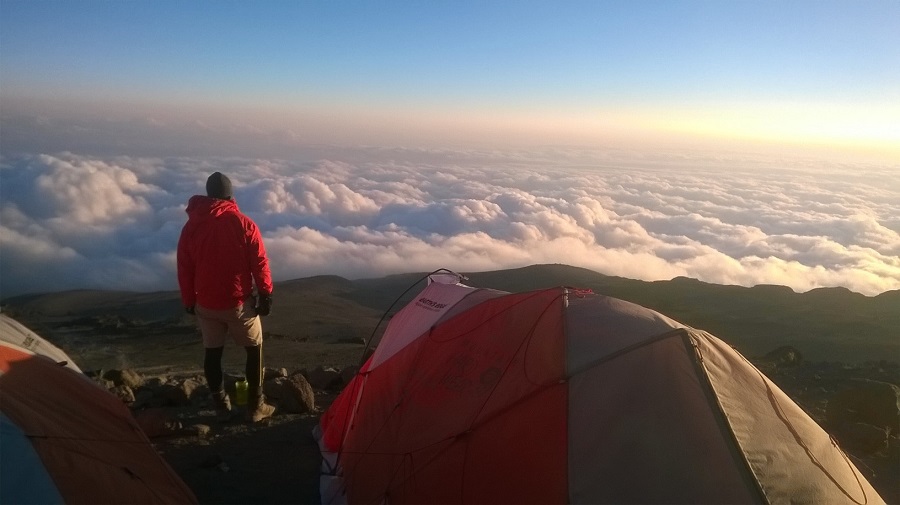 The Best Time to Climb Kilimanjaro

One of the most common questions we get asked by prospective trekkers is when is the best time to climb Kilimanjaro? Let’s be frank, you are probably going to spend the guts of a year of your life training, saving, and preparing for this challenge so you want to be sure that you are travelling at the best time of year to give yourself the best possible experience. Being Irish, we are well accustomed to bad weather ruining our plans so we are very savvy when it comes to booking our holidays!

Strangely enough, the weather on Mount Kilimanjaro is not unlike our weather at home – very unpredictable! The sun can be splitting the trees one minute (or rocks depending on what day on the itinerary it is!) and then the rain can come pouring down the next. Weather patterns on the mountain are notoriously erratic and difficult to predict. 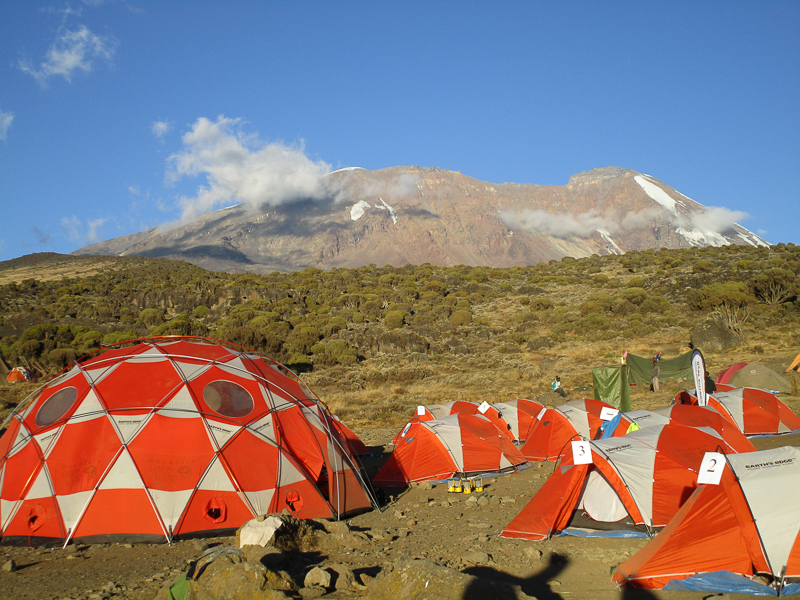 What we do have control over is avoiding the times of year when we know it will be bad trekking weather. Statistically, the wettest months on Kilimanjaro are March April & May – the long rains seasons and November & December – the short rains season. We don’t offer treks on Kilimanjaro during any of these months. If you are completely undecided we recommend January or February as that’s when the weather is worst in Ireland!

Technically the mountain can be climbed all year round but by excluding the wettest months from our schedule we are giving our participants a better chance of enjoyable and safe trekking conditions. As we all know, trekking in the lashing rain is tedious and can dampen the team spirit. The primary issue is safety, and the risks associated with trekking increase significantly when the weather is poor. The effects of rain, mud, snow, wind, ice and cold can be very strenuous on the body. Not surprisingly, your chances of a successful summit increase significantly with nice weather. 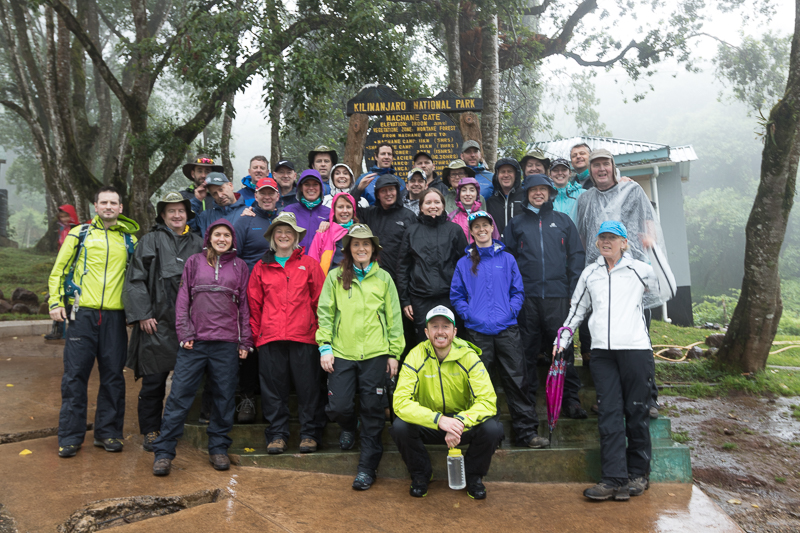 
January and February are the warmest months and June and July are the coolest months. The Irish Summer months are generally the coldest times to climb the mountain but temperatures will be quite cool anyway because of the altitude so this isn’t usually a deciding factor for people.

Throughout the climb, temperatures vary considerably with the altitude and time of day. On day one at the base of the mountain, the average temperature is around 27°C to 32°C. From there, the temperatures will decrease as you move through Mount Kilimanjaro’s ecological zones. At the summit, the night time temperatures can fall to as low as -26°C.

However, we have a few tricks up our sleeve to avoid the crowds. We avoid the full moon trekking dates as they are very popular. We also try to start all of our treks on an ‘off’ day of departure usually mid-week, while most climbers start their treks on a weekend day.

Top Tip: If you are looking to climb a high altitude peak that isn’t as popular as Kilimanjaro then check out our Stok Kangri climb. 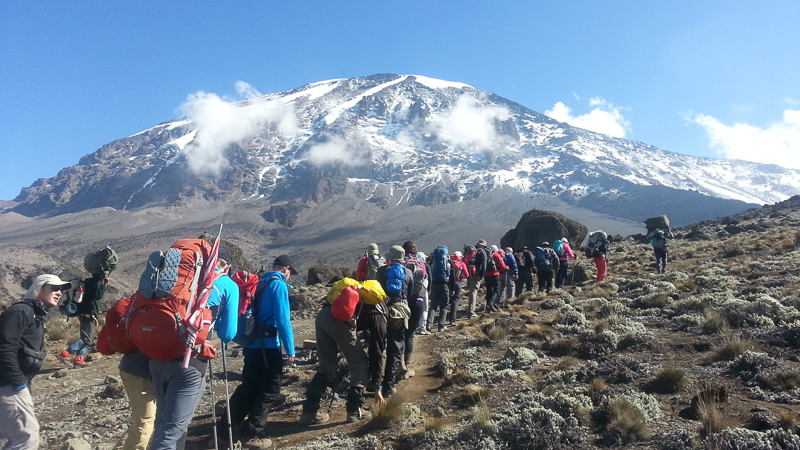 If you would prefer a smaller group size then consider joining our January or February departures as group sizes are often smaller, approx. 10-15 pax.

Yes, there are several different reports on what to expect weather-wise which can be confusing but that just shows you how unpredictable it can be. By avoiding the months that are known to be the wettest then we are lessening the chances of our groups getting rained on for a week!

However, that doesn’t mean that that won’t happen in June or October or any of the months we do run trips in. It’s all about being prepared, which we put a strong emphasis on.

Due to Mount Kilimanjaro’s great height, the mountain creates its own weather. It is extremely variable and impossible to predict. Therefore, regardless of when you climb, you should always be prepared for wet days and cold nights.

The most important thing for whenever you choose to go is to bring everything on the advised gear list. That way you will be prepared for all conditions.

Sooner rather than later!


What makes Mount Kilimanjaro unique is that despite being so close to the equator, it is capped with ice. The glaciers have existed here for more than 11,000 years. They used to be more than 100 metres deep and 2,000 metres from the mountaintop. However, due to global warming and long-term climatic cycles, the ice has been disappearing rapidly. Some scientists estimate that Mount Kilimanjaro’s ice cap will be completely gone by 2050. So if you are contemplating the climb, do yourself a favour and do it sooner rather than later. The glaciers are something you do not want to miss.

We run expeditions to Kilimanjaro in January, February, July, August, September and October. We’ve planned all of our departures to be at the best time to climb Kilimanjaro.  You can see all of the dates available on our Kilimanjaro page or email us on info@earths-edge.com for more information.